Let’s go back to 1975 and remember The Great Eight from the Big Red Machine as Ed Kasputis interviews baseball researcher and editor, Mark Armour.

“If you build it, he will come”. Let’s get ready for the Field of Dreams game as the first place, Chicago White Sox and surging New York Yankees play the first MLB game in Iowa.

In 2016, as the Cubs prepared for the National League Championship Series, our PhD Committee remembered baseball’s greatest ambassador and Hall of Fame great, Ernie Banks who passed away on January 23, 2015.  Let’s play two.

The Cleveland Indians are changing their name to the Guardians as they struggle to be playoff competitive. But the Cleveland Guardians already exist as a roller derby team! We ponder the name change and review the organization’s future (no matter what they might be called).

Ed Kasputis interviews author, Tim Wendel about his book, Summer of ’68: The Season That Changed Baseball – and America – Forever. From the beginning, ’68 was a season rocked by national tragedy and sweeping change. Opening Day was postponed and later played in the shadow of Martin Luther King, Jr.’s funeral. That summer, as […]

Welcome to Episode 600 as we examine this year’s Cubs and what they’ll do as the July 30th trade deadline approaches. Ed Kasputis interviews Paul Francis Sullivan from Locked on MLB Podcast about those lovable Cubs.

As we prepare for Episode 600 let’s remember Episode 100 from the 100th floor of the Empire State Building! Our PhD Committee goes down memory lane as we remember our first 100 podcasts.  Thanks for listening and let’s continue to get our PhD in life through baseball.

The second half of the season has begun but some Yankees have COVID-19 again. Can the Yankees make a run or will the virus make them done? Ed Kasputis interviews Andrew Mearns from pinstripealley.com about those men in pinstripes.

Ed Kasputis interviews photography icon, Michael Zagaris who is the official photographer to both the Oakland A’s and San Francisco 49ers. 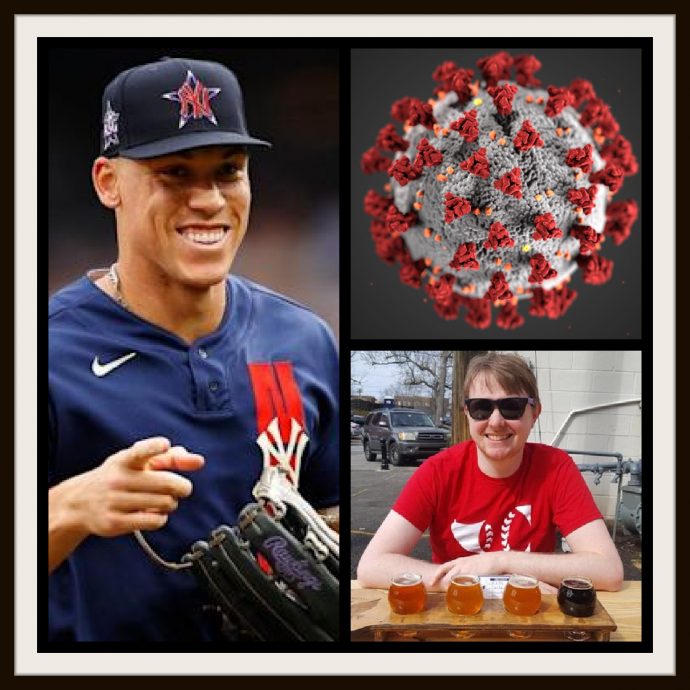 The second half of the season has begun but some Yankees have COVID-19 again. Can the Yankees make a run or will the virus make them done? Ed Kasputis interviews Andrew Mearns from pinstripealley.com about those men in pinstripes.