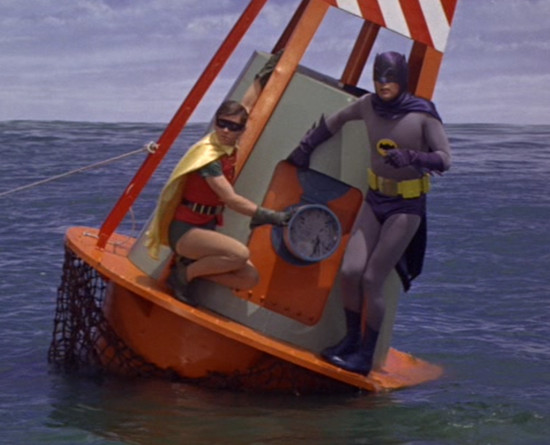 Nelson Riddle’s score for Batman, including the 1966 film Batman: The Motion Picture, features energetic, swing-influenced cues that adhere to the action like a Carl Stalling Looney Tunes score, and opera-esque motifs for each villain and each Bat-vehicle. As incidental music tends to be, it’s probably the most underappreciated aspect of the series.

In this episode, film music commentator Jeff Bond, who wrote the liner notes for Film Score Monthly’s CD release of the Batman film’s music in 2000, joins us to talk about what Nelson Riddle brought to the Bat-table.

Also, your response to our Julie Newmar/Eartha Kitt comparison in episode 140!