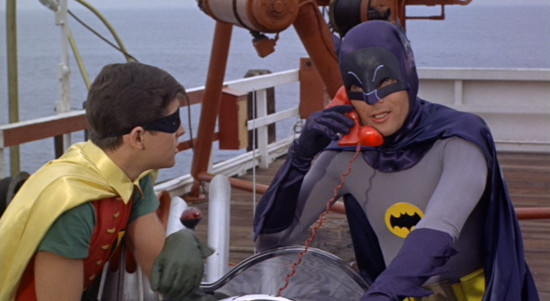 Director Leslie Martinson, in his TV Academy interview that we explored last time, kept coming back to the question “What is the director’s input” in a TV show or movie? When he pointed out his input to the famous “bomb” scene in Batman: The Movie, we became curious to see what other aspects of the film might show signs of “the director’s input.” So this time, we dig into the script of the Batman ’66 film to see where else Martinson’s fingerprints might turn up.

ALSO: The Nostalgia Choir (?) version of the Batman theme, your input on episode 142, and D’oh prizes galore for “Impish Humor Batman” sightings in the series!