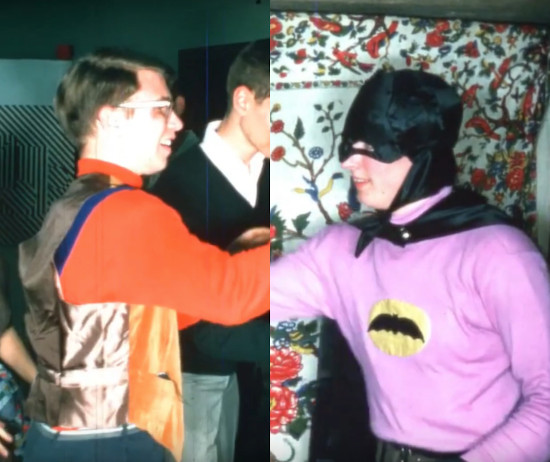 You know about the 1966 Batman at Washburn fan film, made by students at Minneapolis' Washburn High School. (If you missed it, listen to episode 146!) But questions remained unanswered. How did the students get the school to let them shoot the film at school? How did they come up with the idea, and determine the casting? Why did they go with original villains? Why is there no Batcave? And...what's with that funky orange wash on some of the shots?

In this episode, we meet some of the stars of the film -- Tim Olson (Batman), Mike Smith (Professor Sin), and Ross Olson (the narrator) -- who fill us in on the answers to these and other questions. Tim even found a trove of documentation of the planning of the film and news reports about its making! And we get to hear about the world premiere of the film on June 3, 1966, and more details on what happened to the film between then and its finding its way to collector Mitch Kaba!

(EDIT: Ross sent us one more document - a handwritten plan for the narration and music cues! See it here.)

ALSO: Jan and Dean's Batman theme (and some other details of Jan and Dean Meet Batman that we missed back in episode 28), and your mail about episode 145, our discussion of director Leslie Martinson's input on Batman: The Movie!

Batman theme by Jan and Dean

Jan and Dean Meet Batman on YouTube, including unused skits

66 Batman Message Board thread on cut or missing scenes from the show, including Therin of Andor's posting of a still of Sterling Holloway as Major Terry, left on the cutting room floor of Batman: The Movie