Janna experienced grief in her midlife and her internal dialogue felt interrupted. She spent two weeks in a casita (a small house) by herself, where she made room for and listened for what was being said. What Janna heard was profound, empowering, inspiring and affirming. She realized that she was not experiencing a midlife crisis, but rather grief as we say goodbye to things.

Stefanos was living a life of lies, compulsions and addictions. He was unfaithful in his relationships. Then, Stefanos was caught. This was catalyst that changed his life. He realized that his soul wanted to be caught all along, but he didn't have the courage to stop it. This also helped him to realize the hardship, trauma, abuse and isolation that he felt as a child. Stefanos realized that he had dishonored others and himself.

Rebecca walked the path of cancer with her mom twice, including when she was going through a divorce with small children. She knew she had a choice. Rebecca could crumble under the weight of it all or accept that change is how we grow. She took on her mom's strength, chose to live a life of gratitude and became an observer in her life.

Diane lived in an orphanage, then adopted by a family. She felt rejected and abandoned, as if no one was coming to retrieve her. Diane internalized the trauma. She became her own mother and father; with inner logical voices of wisdom. Then, Diane's biological father contacted her. Initially, her cart was turned over, as she had to become conscious of her new and old self. Then, Diane began to feel complete and utter relief and thought 'at last'.

Watching her mother and grandmother experience alzheimer's disease, encouraged Joan to pursue to educate and empower herself on the disease.

Randall grew up as a welfare kid, became homeless and considered taking his own life. After winning a $50 million lottery, he became a victim of white collar crime.

Growing up in a loud New York family, Jordan's communication style was very direct. This worked well for him as a Chief Operating Officer. After being fired from his job, Jordan realized that some may have found his direct communication style to be abrasive. So, he started practicing compassion cultivation and mindfulness. As an executive coach, Jordan teaches others to be respectful, tactful and diplomatic, while being authentic.

Nora wasn't happy practicing law. She knew she wanted a change, but didn't have the courage to introduce it. Then, one very dramatic incident changed her life. Nora's mother and aunt both passed away, due to a car accident. This gave her the courage to make a change in her life and opened a journey into mindfulness. Today, she coaches clients on mindfulness practice and training.

Virginia looked death in the face, when she nearly lost her spouse. She also started experiencing challenges with her eyesight. Virginia realized that not being to see well helps her see better with her heart. These experiences were opportunities for their growth and for finding more joy in their lives.

Ilene lost her mother and sister. Events outside of her control affected her life. Ilene struggled with a single mother on welfare. Then, she began to go on a journey of who she is and what matters to her. Ilene learned that she is resilient, has life skills and experiences. Her self compassion grew, she became proud of herself and recognized that she has wisdom to share with others. Today, as a therapist, Ilene helps those that are trying to figure out who they are. 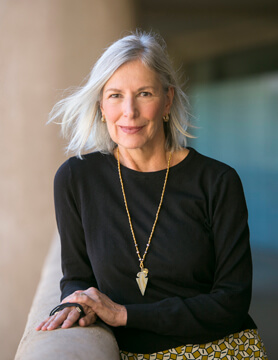 Diane lived in an orphanage, then adopted by a family. She felt rejected and abandoned, as if no one was coming to retrieve her. Diane internalized the trauma. She became her own mother and father; with inner logical voices of wisdom. Then, Diane's biological father contacted her. Initially, her cart was turned over, as she had to become conscious of her new and old self. Then, Diane began to feel complete and utter relief and thought 'at last'. She began to dismantle the stories she had constructed about herself and erase the old patterns. Diane started stitching together a new identity. She accepted herself for who she was. Diane shares these powerful nuggets of life wisdom:
- stories are at the crust of our identities
- let go of others' expectations
- trust that you have everything you need within you
- recognize that we are flawed
- embrace yourself, the dark and the light
- speak and own your story
- you have the right to your story
- connect to yourself and others through your story

Gulf Coast author Diane Dewey writes a memoir of family secrets, lies, love, and redemption. Adopted in America from a German orphanage, she met her Swiss biological father at age forty-seven after he searched for her. The impact of uncovering these roots was Diane's quest to find her German biological mother and learn her story. These discoveries reverberated throughout her life in myriad unexpected ways. 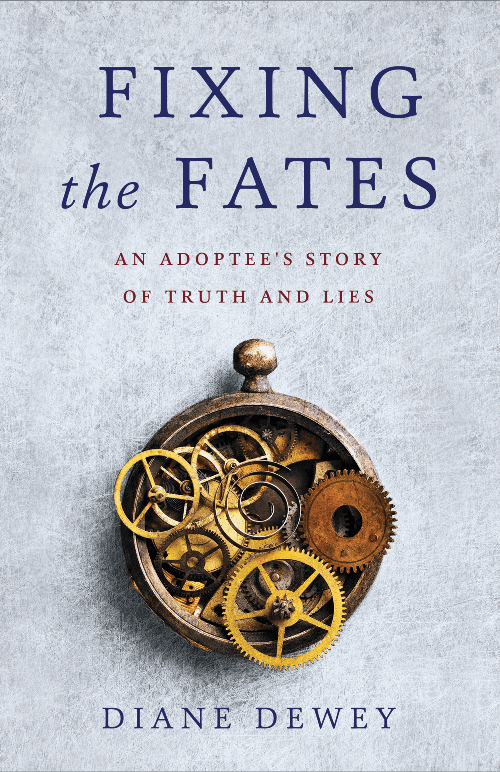