South Korea has both National healthcare and private healthcare. Which are you most likely to get with a teaching job and which will work best for you?  Scott, Marco, and Adam talk about the different healthcare insurance each of them has, the coverage you get, the costs, and some of their very own experiences with trips to the doctor or hospitals in Korea!  It’s all about healthcare in South Korea on this episode of K-PoD!

If you’ve spent time in South Korea or are thinking about moving to South Korea, you are going to make new friends and at some point, have to say good-bye to them.  Whether it’s you or them that leave, you can make life long friends here and it can be difficult when it’s time to part ways.

Scott, Adam, and Marco talk about friends coming and going during their time in Korea, making new friends, having Korean friends, and all the benefits and difficulties of friendship while living abroad.

It’s all about FRIENDSHIP in Korea on this episode of K-PoD!

Marco talks about what it’s like making new friends when moving to South Korea and the best ways to meet new people.

How social media has made it easier for people to meet and stay in touch while living in South Korea or abroad.

Making friends with your co-workers and more and more foreigners living in South Korea these days.

Scott tells about not meeting a foreigner for his first 6 months in Korea and what it was like to hear someone speaking English after that time.

Some more on social media and sites you can meet new people and get help if you’re coming to Changwon, South Korea.

What’s it like having Korean friends and the best ways to meet Koreans.

Having friends coming and going and the difficulties with that and making new friends so often.

How is making friends different in Korea. 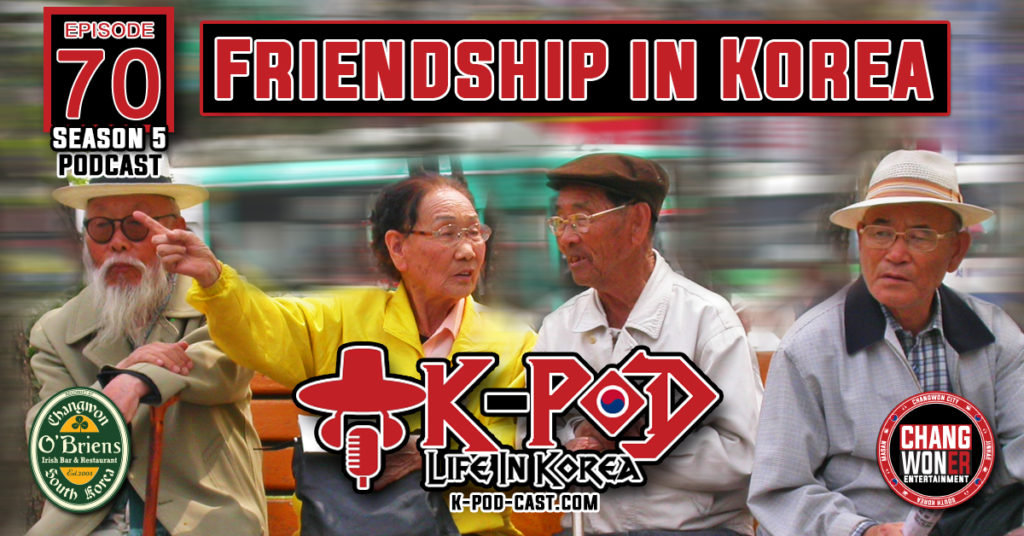