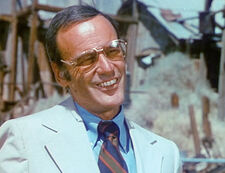 Synopsis: Steve investigates a shady mining operation that Oscar is apparently fronting.  John and co-host, artist Jerry Lange, joined by fan Kevin Durkee as they discuss Steve's characterization, the lost potential of this story, and John's issues with this particular episode.