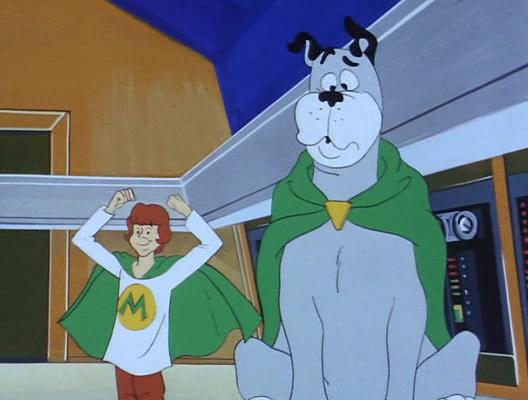 A scientist has discovered the means to mine the skies above for gold from passing meteors.  But his get rich quick scheme has a horrible after effect for the ecology of our planet and the Super Friends must stop him before it's too late.

John is making this episode sound better than what it seems in his opinion, while Dan Greenfield of 13th Dimension finds some things to praise about the story.  Together, they discuss the James Bondian nature of some of these stories, the vocal talents of Shannon Farnon, and the usefulness of Aquaman in these early episodes.