Dylan Beynon - Mindbloom: The Next Chapter in Mental Health and Wellbeing

In this episode, Kyle sits down with Dylan Beynon, founder of Mindbloom, NYC based mental health and wellbeing platform. In the show they talk about how Mindbloom differs from other centers, paving the way for accessibility and affordability. 3 Key Points: Mindbloom is a next-generation mental health platform, catered to accessibility and affordability. They use ketamine tablets, different from lozenges and any other method. The tablets are held in the mouth and then spit out to avoid entering the liver, causing a sedation-like experience. Mindbloom differentiates themselves from other...

In this episode, Kyle sits down with Dr. Ryan Westrum, Psychedelic Integration Therapist. In the show, they talk about topics and teachings from Ryan’s book, The Psychedelic Integration Handbook. 3 Key Points: The Psychedelics Integration Handbook is designed to bring psychedelic experiences into the flow of your life and maximize their potential for helping you create the life you want to live. There is an important part in distinguishing integration from aftercare. Aftercare can look as simple as taking care of your body, getting good rest, eating well. You can't integrate without taking...

In this episode, Kyle interviews Jessica DiRuzza, Psychotherapist, Astrologer and Teacher. In the show they talk about how astrology can be used as a tool and framework for navigating and understanding psychedelic experiences. 3 Key Points: Astrology can be used as an integrative tool for psychedelic and other exceptional experiences. The planets are emitting some type of force that are letting us behave a certain way. Astrology is the one thing we have agreed upon across millennia and era. A Saturn Return transit can be a difficult but transformative time in one's life. This transit happens...

In this episode, Kyle sits down with Rob Heffernan, an independent researcher and activist. In the show, they talk about churches, Ayahuasca, accessibility and the by the Chacruna Institute for Psychedelic Plant Medicines. Rob is also part of .  The Council for the Protection of Sacred plants is "an initiative of the Chacruna Institute for Psychedelic Plant Medicines that endeavors to advocate for the legality of sacred plant medicines among indigenous peoples and non-indigenous communities, encourage legal harm reduction practices that protect those who use them, educate about...

In this episode, Joe interviews Clinical Psychologist, Alicia Danforth. In the show, they cover topics including how to get involved in the space, consent, research, MDMA, Autism and more. 3 Key Points: Alicia Danforth is a Clinical Psychologist who will be having a talk on Ethical Challenges in Psychedelic Medicine at the ICPR Conference in the Netherlands, April 2020. There is a possibility for MDMA to have a non-responder effect. No one has done research dedicated to why some people don't react at all to MDMA. Psychedelic science is very hard to talk about. We have the language of science...

In this episode, Joe interviews Jon S. on his experience in the psilocybin-assisted trials for alcohol dependency at NYU. In the show, they dive into Jon’s background and how psilocybin assisted therapy helped him out of his alcohol dependence and into a new life. 3 Key Points: Jon participated in the NYU Double-Blind Trial of Psilocybin-Assisted Treatment of Alcohol Dependence. The study was double-blind. In each session, he didn't know if he was going to receive psilocybin or Benadryl.  The sessions helped him so much with this dependence on alcohol, he believes he is a better...

In this episode, Joe interviews Joost Breeksema from the Netherlands to talk about the Interdisciplinary Conference on Psychedelic Research. In the show they cover topics on ICPR 2020, and the importance of accessibility. 3 Key Points: The Interdisciplinary Conference on Psychedelic Research takes place April 24-26, 2020 in the Netherlands. It's important to acknowledge the indigenous, ethical, and political dimensions to psychedelic use at conferences. Although this conference will be catered toward mainstream science and research, personal experiences and stories are important too. ...

In this episode, Kyle invites a guest interviewer, Hallie Rose of the Thought Room Podcast, to interview him on his recent experience at Soltara. In the show, they talk about Soltara, Kyle’s experience with the plant medicine, and important topics like privilege.  3 Key Points: Eastern attendees have a different integration need than Western attendees. In the West, attendees come back to more hustle and bustle, more time is needed for integration. Soltara does a really good job at providing that time for integration.   With Psilocybin and other psychedelics, there is this one...

In this episode, Kyle sits down with Rob Heffernan, an independent researcher and activist. In the show, they talk about churches, Ayahuasca, accessibility and the Psychedelic Liberty Summit by the Chacruna Institute for Psychedelic Plant Medicines. Rob is also part of Chacruna’s Council for the Protection of Sacred Plants.

The Council for the Protection of Sacred plants is "an initiative of the Chacruna Institute for Psychedelic Plant Medicines that endeavors to advocate for the legality of sacred plant medicines among indigenous peoples and non-indigenous communities, encourage legal harm reduction practices that protect those who use them, educate about conservation of plant species, document relevant legal and social issues, and consult on legal cases including possible litigation. " 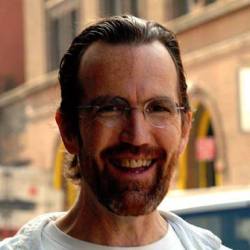 Rob Heffernan has been involved in the Peruvian curandero tradition and the Santo Daime for the last 16 years. He was a member and chairman of the North American Santo Daime Legal Committee for a number of years. He has been engaged in independent research and active in ad hoc groups promoting legal clarity and ethical integrity in the Ayahuasca Community. He is also a certified Integrative Sound and Music Practitioner; Shamanic Breath Work Facilitator; and a long time student and practitioner of Buddhist Dhamma. He has a BA in Communications and Social Studies from Fordham University, and works in the AV/IT communication industry.