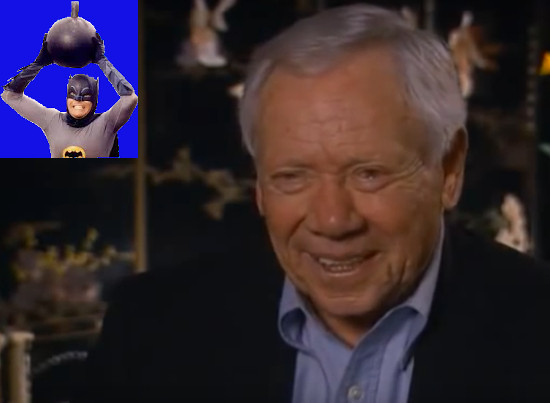 Leslie Martinson was the director of “The Penguin Goes Straight”/“Not Yet He Ain’t” and “Batman: The Movie.” He was a good friend of Adam West’s (but thought Burt Ward was “adequate”). As a director, how much impact did he have on the Batman legacy? For one thing, he played a big role in shaping the “bomb” scene into a signature scene of Adam West Batman!

The TV Academy’s 2003 interview with Martinson reveals this (especially when we take a look at the movie’s script), as well as some of Martinson’s experiences in making various movies and TV shows - sometimes in front of a stress-inducing live audience. We discuss the interview, dig into Acey Hudkins’ accident on the set of the movie, and ask the question: Is the “bomb” scene camp? (Get your sleeping bag!)

Also, the Steelism version of the theme, a Deja Vu encounter with one Steve Franken, and your mail on … various topics.