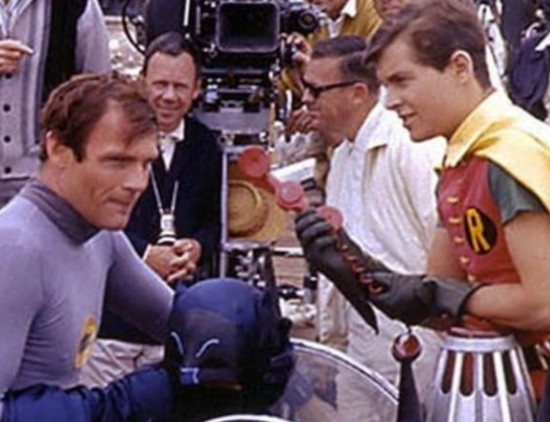 We've looked at Batman: The Movie from a director’s standpoint; this time, we look at it from a cinematographer’s. Howard Schwartz, Director of Photography on that film, published an article in American Cinematographer magazine’s June 1966 issue called Bat-motography, or Capturing Batman on Film, which not only tells us some of the issues that came up in terms of lighting the film, but also certain scenes in the first season, and plenty of other interesting tidbits. This time, we discuss the article, and also the sixth issue of the Batman ’66 comic book, featuring a (nearly) spot-on take on the Bookworm by Tom Peyer.

Also: the Batman theme as played in 2008 by Chicchi, a (then) young girl playing surf guitar; and your mail about our talk with the principals of Batman at Washburn!

Help Tim move away from his cough-inducing apartment