info_outline
More Episodes
The Music of Erich Zann [esplayer url = "http://traffic.libsyn.com/artc/ARTC161-ErichZann.mp3" width = "80" height = "20" title = "The Music of Erich Zann"] Can you believe the first ARTC podcast was back in 2006? We can't, and we published it! At the end of 2015, we featured three interviews with ARTC writers and performers. We'll be having more of that in 2016, but for now let's get back to the audio drama with The Music of Erich Zann by H. P. Lovecraft, adapated for audio by Jonathan Horton and David Benedict, featuring music by The Ghosts Project, Paul Mercer and Davis Petterson with Alton Leonard. This was part of our Lovecraft's Nightmares show back in 2012 at the Academy Theatre. [caption id="" align="aligncenter" width="500"] 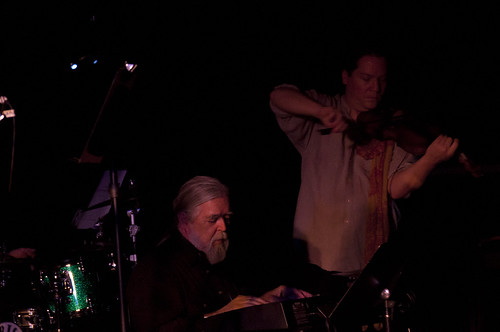 Davis is a dark and shadowy presence.[/caption] Lovecraft's Nightmares was a monthlong celebration of the master of cosmic horror. His writing focuses on the strange, the macabre, and the insane. Speaking of insane, we performed a different Lovecraft adaptation each week in October of 2012, and many of the cast and crew went insane and everyone called the producer insane. But it was a ton of fun and we got a lot of great performances out of that month! [caption id="" align="aligncenter" width="332"] 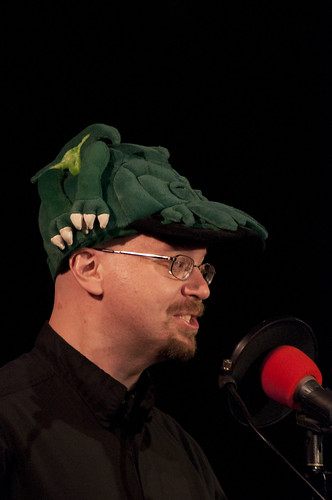 Pictured: The Producer. Insane.[/caption] You can hear more of the performances from Lovecraft's Nightmares, and even more of our ongoing collaboration with The Ghosts Project, by purchasing them from our catalog. But for now, here's a glimpse into madness. We hope you enjoy it. [caption id="" align="aligncenter" width="500"] 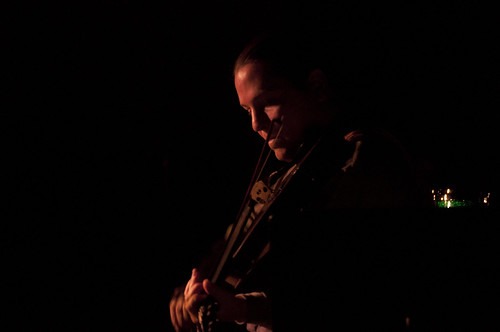