This week on Total Movie Recall, we go to the suck. Steve develops a thousand yard stare reserved for veterans of nightmare wars and mediocre podcasts. Ryan chalks up another point in the Irresponsible Father column, reflecting on his father’s prudent decision to let him watch this vision of insanity at a tender age yet again. If you listen to this episode, you can go to my house and fornicate with my sister. Full Metal Jacket (1987) d. w. based on his novel Starring: as as as as as as as Stanley Kubrick's take on the Vietnam War follows smart-aleck Private Davis,...

This week on Total Movie Recall, we watch the first Manic Pixie Dream Girl ever on screen, who is not a girl at all, but is most decidedly a woman. It’s the perfect post-2020 movie, and not just because of the constant suicides. It’s twee and precious and we absolutely loved it. Harold & Maude (1971) d. w. Music by: Starring: Cult classic pairs Cort as a dead-pan disillusioned 20-year-old obsessed with suicide and a loveable Gordon as a fun-loving 80-year-old eccentric. They meet at a funeral, and develop a taboo romantic relationship, in which they explore the tired...

This week on Total Movie Recall, we learn that while some stories never end, mothers do, and that’s the beginning of how a serial killer is made in this unflinching look inside the mind of one disturbed little boy. Hang in there with us, listen to this, and watch it again and try to tell us you didn’t witness a psychotic break as this poor boy retreats inside the dark fantasies of his mind. The Neverending Story (1984) d. w. ,  Music by  Starring: as Atreyu as Bastian as The Childlike Empress as Teeny Weeny On his way to school, Bastian ducks into a bookstore to...

Ah, the good ole days of passing around R rated spank tapes. This movie is so trashy, it gave Charlie Sheen HIV. (1998) d. Starring: When teen debutante Kelly fails to attract the attention of her hunky guidance counselor, Sam, she cries rape, igniting a scandal that results in his arrest. Sam appeals to Ken, a hack personal-injury lawyer who has never handled a case that couldn't be helped by a prop neck brace. Soon, a second victim, Suzie, comes forward, and Detective Duquette discovers that the unfolding case is far from what it seems. Things discussed in the...

Remember the innocent 90s, when white directors thought they had the N-word pass for some reason? What do you think their “woke” movie would look like? Probably like this, where the N-word is replaced by horrific rape and Mexican jokes. This proto-edgelord movie was looked at as such a good time romp that it was considered the perfect vehicle to transition from the hit network show ER to the big screen. What a simpler time… From Dusk Till Dawn (1996) d. w.  (story),  (screenplay) Starring: On the run from a bank robbery that left several police officers...

This week on Total Movie Recall, we try to decide whether this is a charming, unique film about staying true to yourself, or a nightmarish descent into the insanity that comes with living in a barren, desolate landscape like rural Idaho, where the Uncle Ricos of the world keep subterranean dungeons for unsuspecting Debs. This might say more about where our heads are at right now than about this beloved comedy. Napoleon Dynamite (2004) d. w. ,  Starring: In small-town Preston, Idaho, awkward teen Napoleon Dynamite has trouble fitting in. After his grandmother is injured in...

This week on Total Movie Recall, these two born-insecure honkies break down the seminal Blaxploitation movie of 1975 and do a pathetic job of trying to reconcile its progressive vision of black empowerment with the misogyny of the pimp game. It gets complicated. Dolemite (1975) d. Story by: Starring: Dolemite is released from jail after being wrongfully convicted to take on rival pimp Willie Green, corrupt police officers who framed him and even the mayor! With the help of his friends: Queen Bee (the madame of his brothel), Creeper (the heroin addict Hamburger Pimp), Reverend...

This week on Total Movie Recall, we take a hard pivot from all the toxic masculinity of weeks past and Steve shows his gentle, romantic side. Somehow, Ryan makes this about his sad sack heartache but in the end, everybody calms down and moves on with a nice mutton, lettuce, and tomato sandwich. The Princess Bride (1987) d. w. Starring: A fairy tale adventure about a beautiful young woman and her one true love. He must find her after a long separation and save her. They must battle the evils of the mythical kingdom of Florin to be reunited with each other. Based on the...

This week on Total Movie Recall, Ryan stares out the window of his furniture-less modernist home at the endless, uncaring ocean while Steve sleeps on the floor with his hand gripped around his pistol. The pseudo-philosophy of this movie seems deeper than it is because it’s endlessly reflected in all the glass buildings of Michael Mann’s uber-masculine vision. Sure, it may be pretentious, but that’s the point, and if you’ve got a problem with that, I will take you down, because we ain’t exactly doin’ thrill-seeker podcasts with “Born to Lose” tattoos on our chests. (1995) d....

This week on Total Movie Recall, we learn that while some stories never end, mothers do, and that’s the beginning of how a serial killer is made in this unflinching look inside the mind of one disturbed little boy. Hang in there with us, listen to this, and watch it again and try to tell us you didn’t witness a psychotic break as this poor boy retreats inside the dark fantasies of his mind.

On his way to school, Bastian ducks into a bookstore to avoid bullies. Sneaking away with a book called "The Neverending Story," Bastian begins reading it in the school attic. The novel is about Fantasia, a fantasy land threatened by "The Nothing," a darkness that destroys everything it touches. The kingdom needs the help of a human child to survive. When Bastian reads a description of himself in the book, he begins to wonder if Fantasia is real and needs him to survive. 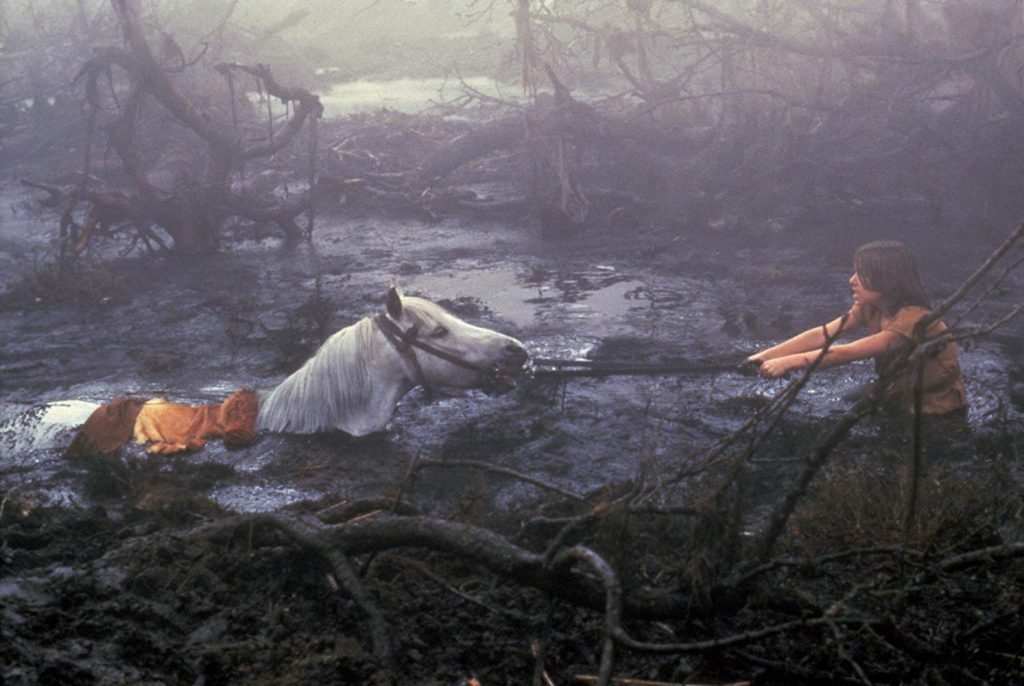 Things discussed in the show:

Midnight screenings of Rocky Horror and The Room

The Remains of the Day - novel (

Next week: Harold and Maude